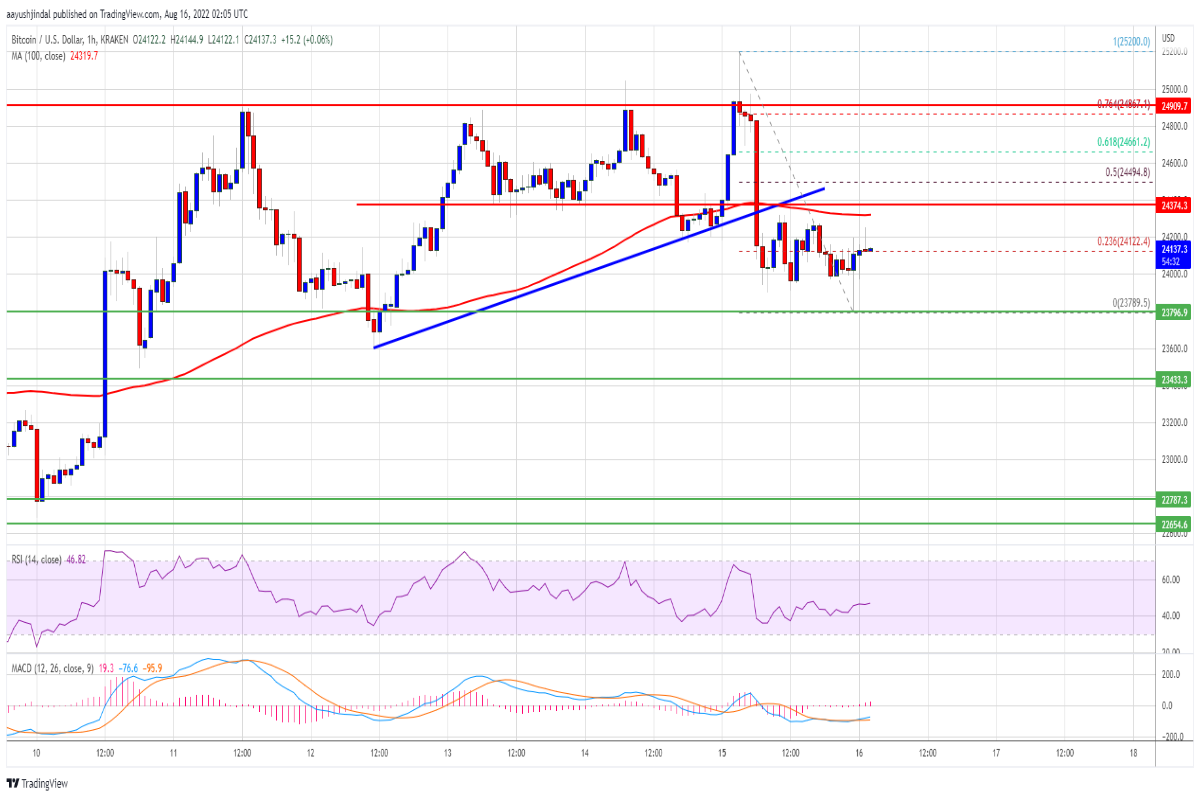 Bitcoin fell below $24,500 on Tuesday before reaching above $25,000 the day before. Several claims of the extended bullish trend have vanished; on the contrary, analysts fear that the downfall may lead to a string of price declines. Bitcoin recovered 17% over the past month after a 50% price slump earlier this year. Newsbtc reports that the BTC might experience a short-term plunge if it stays below the 100 hourly SMA. The present support levels are $23,780 and $23,500. The crypto market once again showcased its volatile nature, with its largest currency leading from the front.

Bitcoin can go both ways

Failure to break the $24,500 resistance zone will boost the bearish trend, and we might see the price decrease. However, a break above the $25,000 mark might indicate the $25,800 mark. An immediate support level on the downward graph lies at $23,780, with the next major support at $23,500. A break below the major support level will likely trigger a steep decline towards the $22,750 mark. The hourly MACD has started to vanish from the bullish zone.