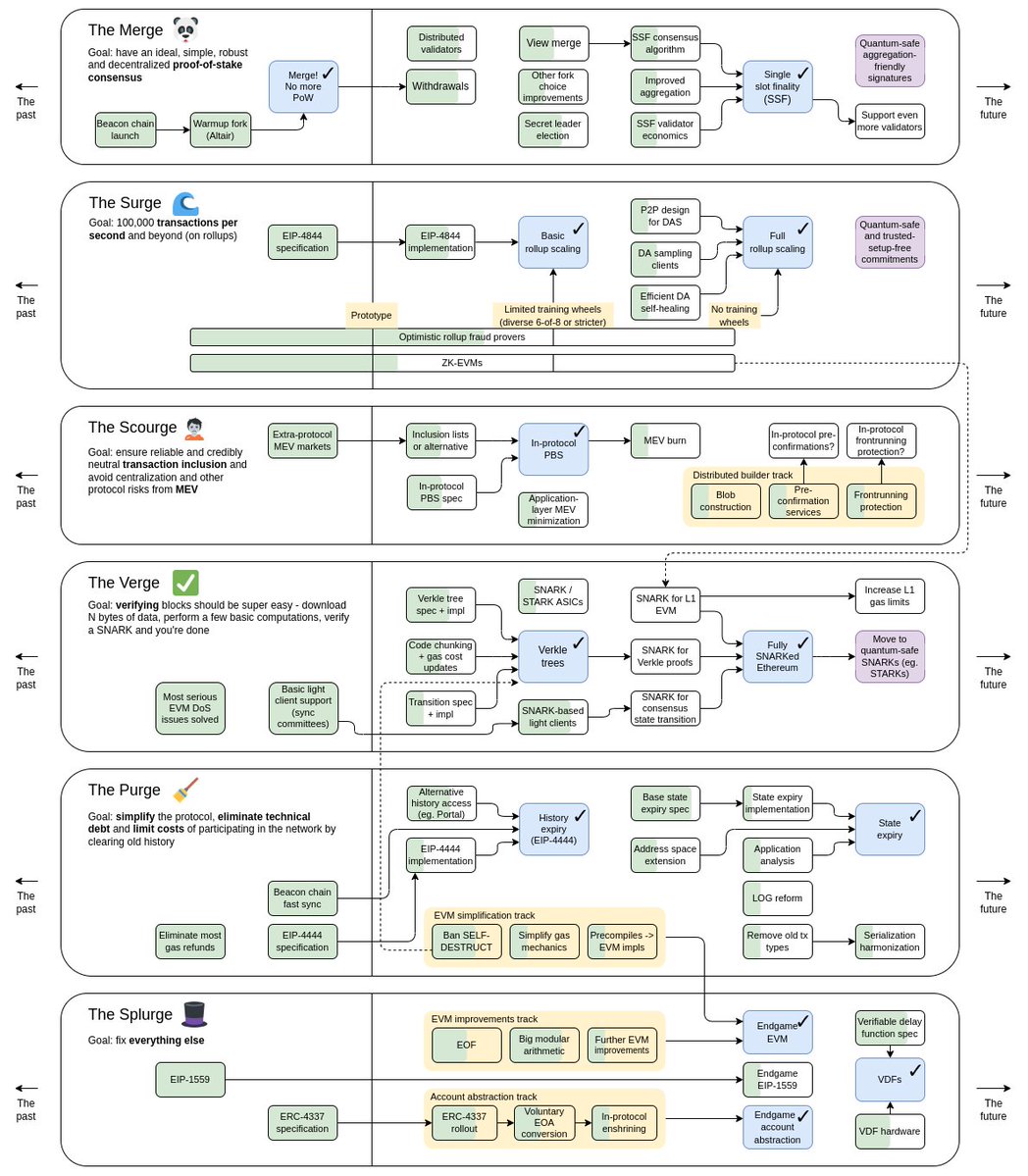 The “MERGE” software update is accomplished, transforming the Ethereum platform from proof of work to validation of stake methodology. However, with the Merge came some problems relating to censorship and decentralization.

Earlier, Ethereum Co-Founder Vitalik Buterin unveiled a new roadmap at a technical meet. The main task highlighted in the road map pertained to increasing censorship resistance and decentralization of the Ethereum network.

In other words, it envisages a new supplement to the Verge and a new landmark for the merge, creating a brand-new stage dubbed the Scourge.

The goal of the Merge or the switch to a proof-of-stake (PoS) network on September 15 was to reach 100,000 transactions per second through rollups. The process has been dubbed the Surge stage.

After the conclusion of the Surge stage’s stated objective, the next step will be the Scourge stage of the updated technological roadmap. It will be followed by three more stages – The verge, the Purge, and the Splurge.

Buterin stated that the scourge’s purpose is to “provide reliable and fair credibly neutral transaction inclusion, and tackle MEV issues.”

MEV has been dubbed the hidden tax that the miners collect without the users’ knowledge. It pertains to the maximum value a miner can extract for moving around transactions when it is produced as a block in a blockchain platform.

It permits the miners to copy all successful deals from the memory pool and conduct transactions before the arbitrage seekers or anybody else seeking profit. This is a clear case of more centralization and censorship.

The stated aim of Scourge is to ensure that the transactions are neutral and to curtail centralization. It also envisages Proposer Builder Separation (PBS), in-protocol pre-confirmations, and frontrunning safeguards. Ethereum developers are working on the network’s roadmap and appraising potential upgrades.