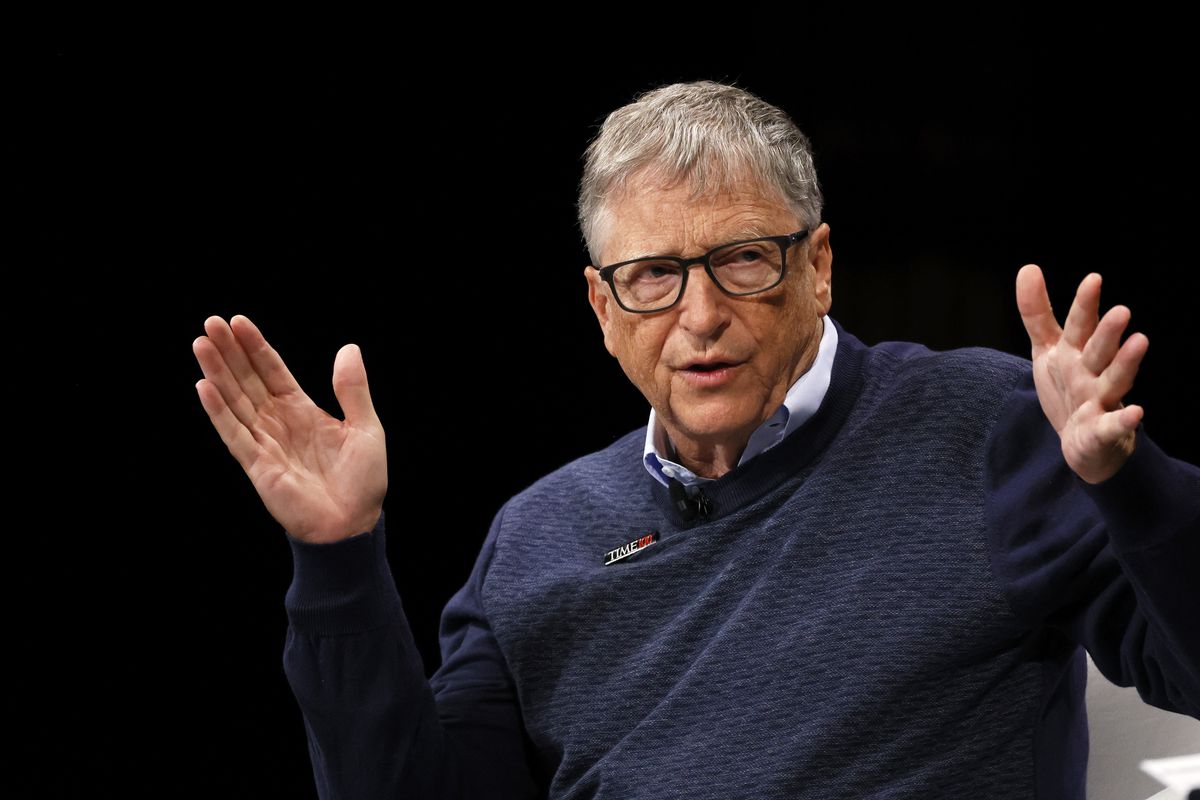 Animosity between Bill Gates and Cryptocurrency is not new and in the past also the Microsoft founder has derided crypto currency as a hot air filled balloon.  In his latest salvo against the digital assets he labeled them as a product of ‘GREATER FOOL’ THEORY’. He added that instead of investing in NFTs or cryptocurrencies he will prefer investing in farms or factories which can give tangible products.

Bill Gates was speaking at a climate change event hosted by TechCrunch and he dismissed non-fungible tokens (NFTs) as an entity based upon “greater fool” theory. This theory specifies that even a highly over priced object can be sold at a premium as long as there is a bigger fool willing to buy it. Mr. Gates added that he is more inclined to put his money in tangible products like farms, factories which produced wares etc.

Clearing his thoughts on Cryptocurrencies Bill Gates added that he is always suspicious of assets designed to avoid taxation or government rules. He gave the example of expensive digital images of monkeys of Bored Ape Yacht Club, a flagship NFT project and wondered how it will improve the world.

Bill Gates Had Warned In February Against Investing In BTC

The Microsoft founder has expressed similar sentiments earlier also pertaining to crypto asset. He had in February already warned investors of the potential dangers of investing in Bitcoin.

He warned that the volatility of crypto and meme coins whose values swings after a single tweet is not a wise instrument to invest. He was indirectly referring to tweets by maverick Tesla Chief Elon Musk whose tweets wildly fluctuated the values of Dogecoin another meme coin.

NFT, Crypto Gaming, Touted As The Light At The End Of The Tunnel Despite Market Havoc